The 42nd International Final of the Jeunes Chefs Rôtisseurs Competition was an immense success due to the collaboration of the host Bailliage of Taiwan and the partnership with major sponsor the Chiang Kuo Institute of Management and Health (CKU). Rick Chiang, owner of CKU, had a vision two years ago that his faculty team and culinary students could put on a first-class event. What an outstanding week it turned out to be! 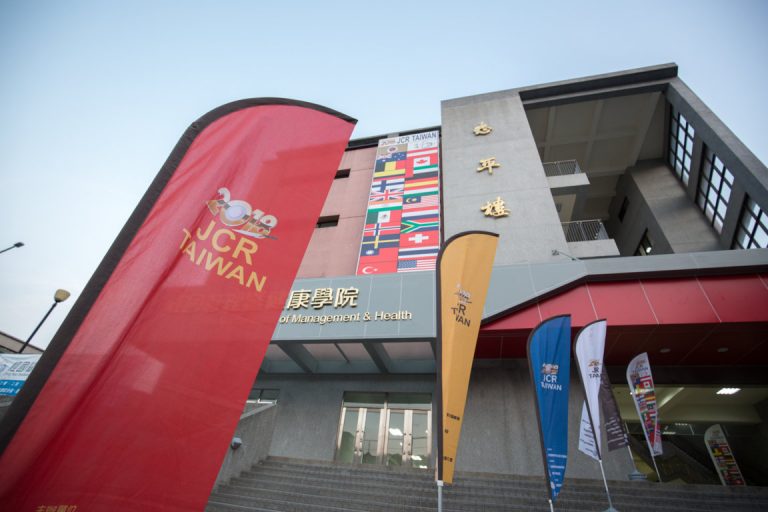 The programme started with a press conference at CKU with both the Mayor of Keelung and the Assistant Deputy Minister from the Ministry of Education for the Republic of China expressing their enthusiasm for this competition to be held in Taiwan for the first time.

News programmes on local and English-speaking TV as well as print articles showcased the competitors and the competition. The local government sponsored a night 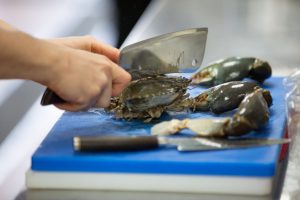 fishing trip for squid which yielded more than one hundred fish.

Competitors had the opportunity to take in the culture and history at the National Palace and the Chang Kai-Shek Memorial Plaza. Every day they had culinary adventures they will never forget, from a master class with Michelin 3-star Master Chef Chan, a tour of the local fish/fruit/vegetable market in the wee hours of the morning to dinner on the 86th floor of “101”, the tallest building in Taiwan. Some of the competitors even squeezed in a visit to the famous Keelung Night Market.

The facility for this year’s competition was probably one of the best in which competitors have worked. Personal stations were very spacious and equipment was only shared between two.

This year’s primary protein was revealed to the competitors two months in advance while the rest of the black box was unveiled when each group of chefs entered the menu writing room. 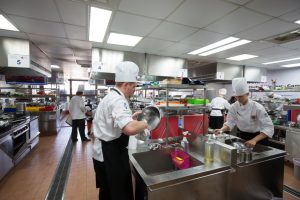 Thirty minutes were allowed as usual for the young chefs to write their menu. They then had 3½ hours to their first course followed by 15 minutes until serving their main and a final 15 minutes to their dessert.

The black box consisted of two blue crabs, two whole racks of lamb, porcini mushrooms, chia seeds, tofu, cream cheese and banana. The young chefs had to use at least 50% each of the above-mentioned items and could complement them with a large array of non-mandatory items.

The kitchen and tasting judges provided excellent and fair scoring based on a modified WACS scoring. This resulted in First 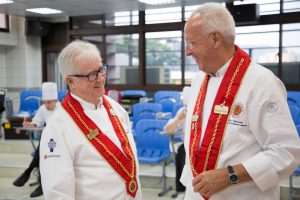 Congratulations also to first place winner Joseph Tran for achieving the highest marks in the kitchen. CKU also provided a canvas poster of each competitor in their chef jackets with their name and country flag for a memento.

Competitions like this rely on the expertise and unbiased fairness of both the Kitchen Judges and the Tasting Judges. Thank you to all those judges who attended from all corners of the world.

We are grateful to Le Cordon Bleu Paris (represented by Chef Philippe Groult), Wüsthof Manufacturing, Germany, and Chef’s-Hat Canada. These are our senior long-term sponsors. We are most appreciative for their generous contributions and continuing support of the competition.

In 2019, we will celebrate the 43rd International Final in Calgary, Canada, on September 20th.